A Little Coachlight History Among the many historic sights in Ouray, the Coachlight is definitely a classic sight to behold. It's been around for more than 100 years under different names. In case you're unfamiliar with the Coachlight, allow us to provide a bit of history. The lot where it currently sits was originally purchased by George Wilder and Ira Munn on July 25, 1877, for a mere $86.05. Before it was called the Torchlight, it went by the name of the Tirol House, believed to be named after Tyrol, Austria. Its name was subsequently changed to the Belvedere Hotel and it even had a bowling alley at one point. Fast forward to the late 1960s when the Belvedere Hotel was purchased by Carole Nicholson and F. Kelly. The pair were overseeing restaurant located in Ouray's Main Street called the Coachlight. After purchasing the building, they decided to move their restaurant operations over to the Belvedere and carried the new name along with it. By the early 2000s, any remnants of its former status as a hotel were gone after the removal of the upstairs rooms in favor of a tavern. Fully equipped restaurant waiting for your culinary talents. The Coachlight has been a fixture in Ouray since the 70's. Completely remodeled in the early 2000's this restaurant has seating both in the restaurant and on the patio. Upstairs is a tavern with seating on a nice deck with great views of the mountains. The building sits on a large beautiful lot with mature landscaping. Perfect for weddings, birthday parties, family reunions and any other gathering where you want a beautiful place to eat and drink and enjoy. This historic building would also make a fantastic retail space on the main level, laundry mat in the basement and a residence upstairs. So many possibilities in such a nice large building. 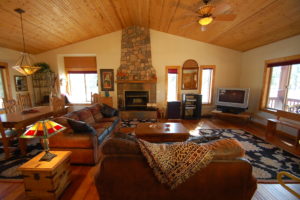 Looking for a Vacation Rental in Pagosa Springs,– including cabins, homes, condos and pet friendly lodging? Search our comprehensive database at: lodgingpagosasprings.com Seeking a professional real estate manager for your rental property? Give us a call at 970-731-8599— we are happy to help you!